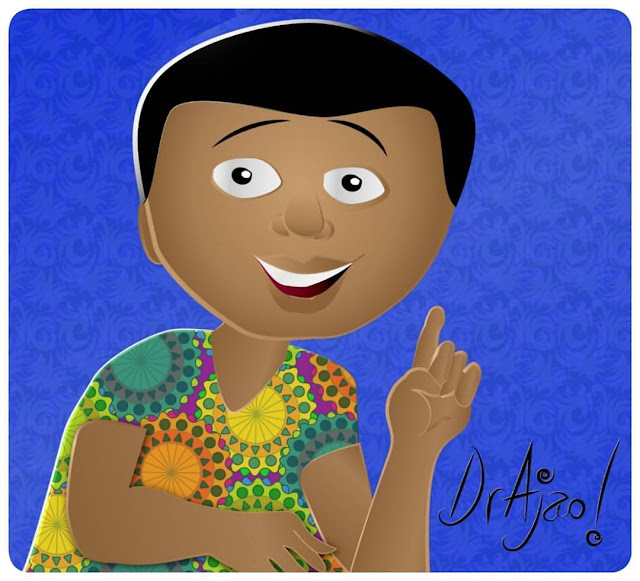 So The Mike Character in Adunni Dares to Dream is actually, factually the Illustrated version of my father's younger self! I love his character which truly became my favorite, and here are the A to Z's for why he's won my heart too!:

Architect: Yes, Mike is none other than the illustrated Architect Michael A. Adeloye, father to my 3 siblings and I, and father- figure to countless other youngins!

Believe: Mike had a Dream that he believed would come true. But he didn't stop at dreaming; he took deliberate steps to pursue his dreams, and claim them all!

Consistent: The Character Mike is consistent just like the Mike of the present! He says what he means and he means what he says, and when you ask him again, he'll tell you the exact same thing!

Destiny Enhancer: I've heard Daddy use this term often. He says that in his relationship with my Mommy, she has always been his Destiny Enhancer: the person God uses daily to help him grab hold of his destiny. And that is exactly what she has Done! Wow...

Excellent Character: Yes, Mike is my favorite character in Adunni Dares to Dream! My very favorite (& a very true) scene in the book is Mike's personal encounter with his own father, my Grand Father: Pa Lewis Adeloye who went to be with The Lord the year my twin and I were born. This encounter demonstrates the relationship between a Father and his Son: a powerful demonstration of honor and respect!

Friend: There's just something refreshing about a genuine friendship that is initiated and sustained by a determined guy!

Guarantee: Mike's Word is Golden. His integrity is the true tool of his trade!

Hardworking: The Mike Character believes in making things happen. His work ethic precedes him and he is followed by favor.

Inspiration: Listening to Dad tell his story was such a huge part of the fullness of this story! Dad is an inspiration to anyone who will stop, ask questions and listen!

Jesus!: My Dad is a Catholic and has been instrumental in my matriculation through St Louis Secondary School Ondo, the same all-girls Catholic School that my Mom went for high school. Through the years, I have developed a reverence for Dad's devotion to the Lord. This came to life one day when I found out that every morning and every night, Dad takes his Rosary and prays as he counts 200 of his own audible "Thank You Jesus'" ON PURPOSE! He does this routinely, twice a day!  Who does that??? Why wouldn't GOD answer him with the desires of his heart!

Leader: Dad is a born leader. The decisions of his youth have set the foundation of success for our entire family.

Man with a Plan: You'll find a trend in the pages of "Adunni Dares to Dream". Mike had an amazing plan. Get your copy and read between the lines!

Nuggets of Truth: Like all of us, Mike isn't perfect, but he does know how to take truth from every situation and apply it to the moment.

Older & Wiser: As we find from all our elders, as the hair greys, gratitude and wisdom grows and matures. Think Mike was pretty smart as a kid? Well you should see him now!

Pioneer: Dad is the Pioneer of our family. Because of the moves he made as a young adult, a lot of us have had opportunities that we once only dreamed of.

Quiet: Dad is wise with his words and he believes in being reserved and communicating with God and others in a personal way. He is the guy who won't say a thing but who has the best things to say!

Real: Yup! Mike is a real guy! Good guys still exist! Yes, Dad grew up in the 50's, but because of my parent's story, God has given each of their children miracle stories in our marriages.

Solid & Smart: I love the character of Mike because he makes smart, definitive moves, paired with patience.

Teacher: Dad has always been a teacher, and he loves to guide young people.

Unbreakable: Mike knows about tough times, but he has endured the test of time and shown that he is tougher.

Virtue: Mike found himself a Virtuous Woman, and when he found her, he refused to let her go. Mike waited to claim Virtue. Have you ever read the characteristics of Virtue in Proverbs 31???? My point exactly: Be like Mike!

Wait & Win: I repeat: Mike won because he was strong enough to wait for his prize.

EXtra Mile: To reach all he dreamed of, Mike had to go over and beyond in ever way. And he eXcelled!

Young at Heart: Dad loves to relate with young folks!

Zestfully Clean!: You know, like the soap commercial! You see Dad was not your typical dad! Dad tag teamed with Mom in the most powerful ways! Daddy is a gourmet chef in all Ondo cuisine! Daddy is master of all trades and the on-call handy man who will also roll up his sleeves and do anything to help at home. From hot comb hairstyles and his presence after school to daily library stays and tv restrictions, what Mom couldn't do as a very busy Pediatrician,  Daddy took on heroically behind the scenes!

Read all about "Mike" in The NEW Children's Book
Adunni Dares to Dream! 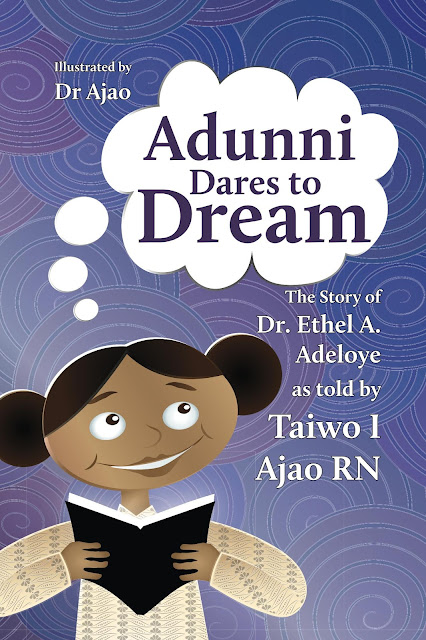 Order yours NOW at www.AdunnisDream.com

Thank you for taking the time to read this post.
Please feel free to leave a comment.
I really want to know what impact this post has made on you.